Home  /  Blog   /  Active Volcanoes That You Can Visit

Active Volcanoes That You Can Visit 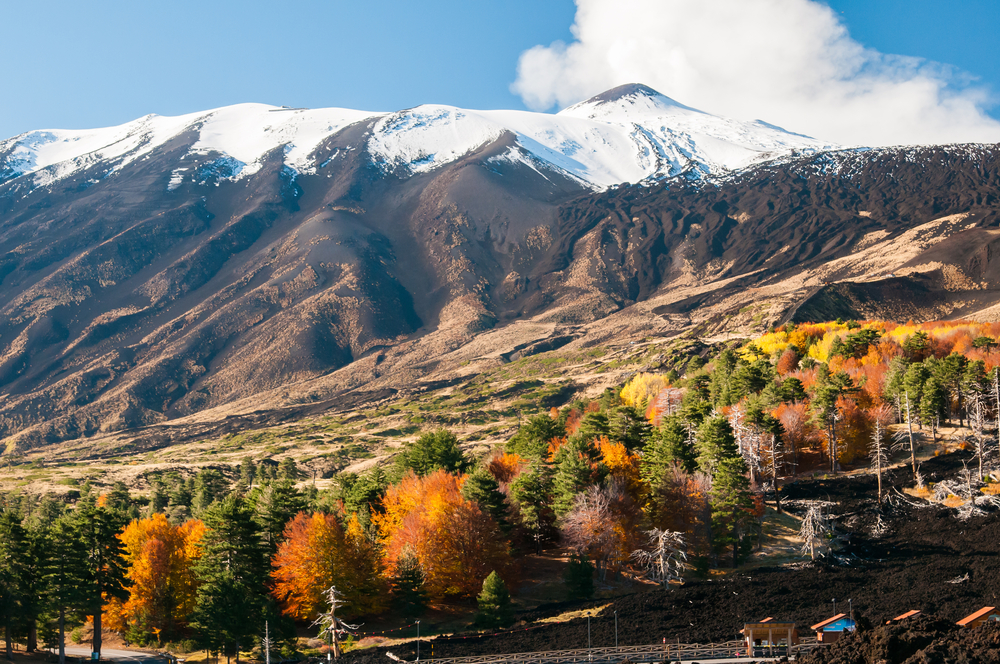 There’s just something so intriguing about volcanoes, so it’s no surprise as to why many want to visit them each year. They’re some of the most fascinating parts of nature that exhibit extraordinary power. Despite the flowing lava and ash clouds floating into the sky, you can get surprisingly close to several active volcanoes around the world. The following are just some that you will undoubtedly want to visit and check out for yourself.

Mount Etna
The active volcano located in Sicily, Italy has an elevation of about 10,922-feet over an area of 459-square-miles making it the highest active volcano in Europe. The first eruption was reportedly in 475 B.C. and despite creating the fertile soil that lies near the volcano due to the eruptions, it’s also those same eruptions that unfortunately resulted in the deaths of many. Some tourists were able to watch as Mount Etna last erupted at the end of May 2016.

Mount Yasur
Located on Tanna Island in Vanuatu, Mount Yasur has an elevation of 1,184-feet. Due to its frequent eruptions, it’s been referred to as The Lighthouse of the Pacific. The volcano first erupted hundreds of years ago. It’s possible to get quite close to the rim of the crater.

Arenal Volcano
The volcano, which is the most active in Costa Rica, has an elevation of 5,437-feet and only started erupting in 1968 which was its largest eruption in the volcano’s history and one that killed dozens. The Arenal volcano hasn’t erupted since 2010. The area near the volcano has several hot springs which have become quite popular. You can also visit the 29,692-acre Arenal Volcano National Park.

Kīlauea
Kīlauea is one of three active volcanoes in Hawaii and is one of the most active volcanoes in the world. It has an elevation of 4,190-feet and, since 1983, it has been continuously erupting with dozens more eruptions over the years. Visiting Kīlauea will likely take only a few hours of exploring but it’s certainly sure to be an experience.

We’ve learned so much over the years about volcanoes, about their histories and eruptions, but seeing them in person can be an experience unlike any you’ve ever had. It’s getting an up-close-and-personal experience with one of the most powerful forces in nature. Requesting the assistance of a tour guide could prove to be advantageous as you’ll be able to learn more about the volcano in addition to making sure you stay safe. Go at the right time and you may be able to see an eruption or hear a rumble during your visit, so make sure to take your camera so you can take plenty of pictures and video if you so desire. You can typically visit the volcanoes at various points throughout the day, but before you go with a particular tour guide, check recommendations to ensure you’re going with a safe and reputable option. Don’t forget to check beforehand to make sure you’re allowed to visit the volcano on that particular day and that the conditions aren’t too dangerous.