Environment-friendly designs, space-conscious solutions and exciting architecture – these are just some of the things that are common in most futuristic buildings around the world.  Cities like London and Dubai have certainly changed the way the world looks at architecture, and while they might not have been able to make jet packs a reality, they have so much working for them. With civilian space travel close to becoming a reality, with settlements in Mars being talked about, and with things like 3D printing becoming successful, Vine Vera thought it prudent to introduce some of the most futuristic buildings to you, buildings that could really shape up the way the world looks at architecture in the near future. 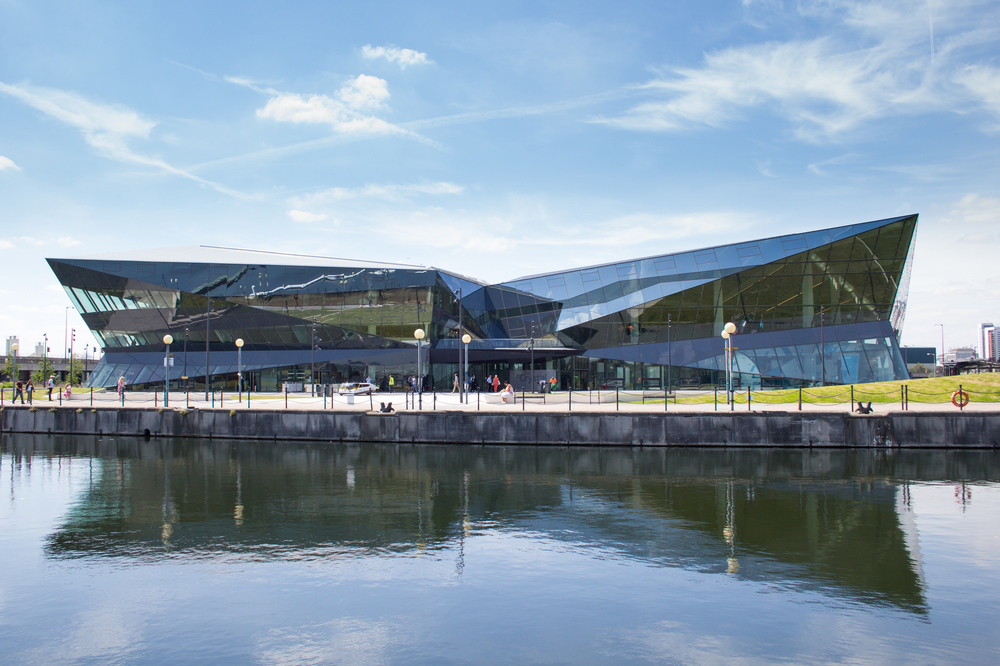 The Crystal, London
Located in the Royal Victoria Docks, The Crystal was defined as the greenest building in the world when it opened in the year 2012. This low-rise glass building forms the heart of the Green Enterprise District in London and has been inspired by the Crystal Palace that was built for the Great Exhibition of 1851 and crystalline forms. Some of the star attractions of the building include charging stations for electric cars, black water treatment systems, rainwater harvesting and solar heating.

Perot Museum of Nature and Science, Dallas
The Perot Museum of Nature and Science occupies an area of 180000 sq. ft. and boasts of being one of the most novel creations on the planet. Designed by architect Thom Mayne, the museum is a fascinating urban oasis that offers a perfect blend between greenery and advanced architectural concepts. The tube-like 54ft continuous escalator is one of the most attractive features, but the true highlight of the museum is its glowing amphibian-filled Leap Frog Forest and the interactive water feature. 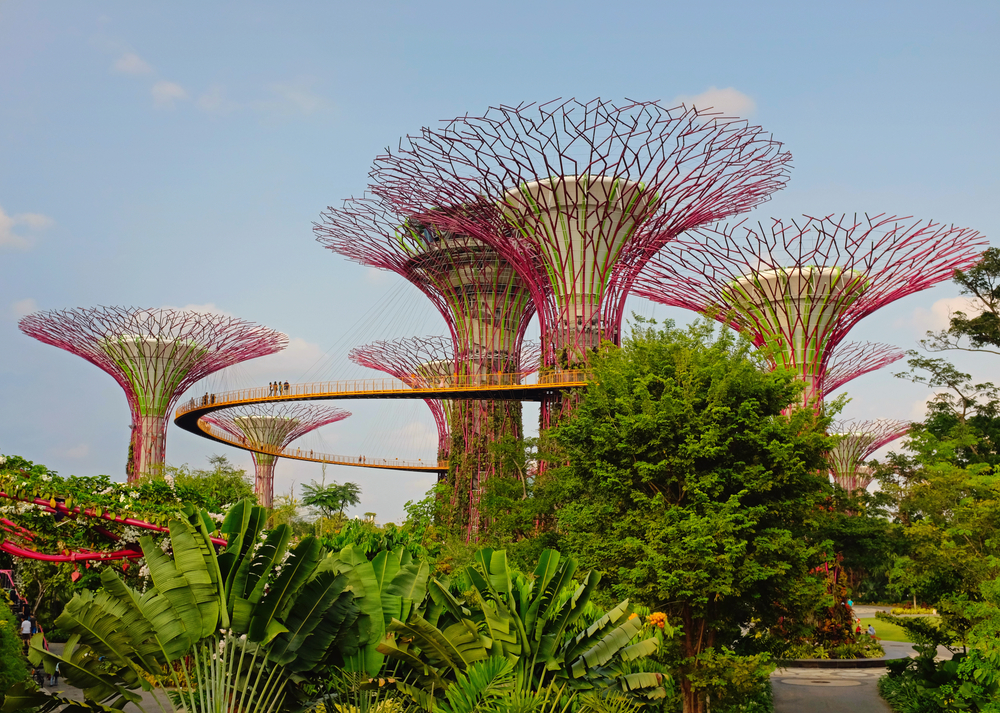 Gardens by the Bay, Singapore
Considered to rank among the most futuristic cities on the planet, it comes as no surprise that Singapore is also home to some of the most futuristic buildings that the world has ever seen. While most buildings in this list are famous for their innovative architecture, Gardens by the Bay is a living wonder that literally represents those fantasy-like gardens you often hear about. Inaugurated in the year 2011, Gardens by the Bay’s most popular feature is its Supertree Grove, a 16-storey high manmade structure that is covered with living plants and photovoltaic cells which harvest solar energy.

Wine Museum, Switzerland
The Wine Museum in Switzerland finds a place in this list of the coolest futuristic buildings for its sheer audacity! Such is its design that most wouldn’t believe that it really exists. The museum is most famous for its steel and glass walkway which juts out from a rock into the mountainside and boasts of glass sides that offer unparalleled views of the Lake Geneva and the surrounding vineyards. 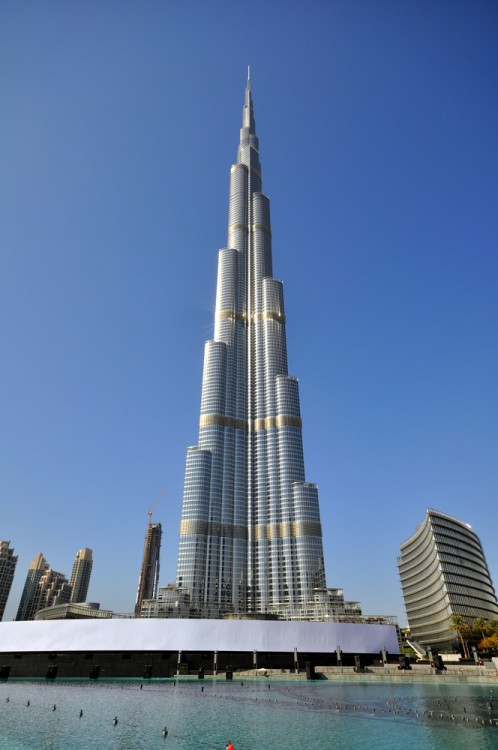 Burj Khalifa, Dubai
From the largest man-made island to the only seven-star hotel, from the largest shopping mall to the longest automatic metro, Dubai has become synonymous with superlatives. Competing with these wonders is the Burj Khalifa, the tallest building on the planet, and the city’s most talked-about structure. What makes this building so unique is its stylish architecture, Y-shaped floor plan that boasts of enchanting Persian Gulf views and the fact that it is the tallest free-standing structure on the planet. Such is its size that the elevator installed in the building also travels the longest distance in the world!