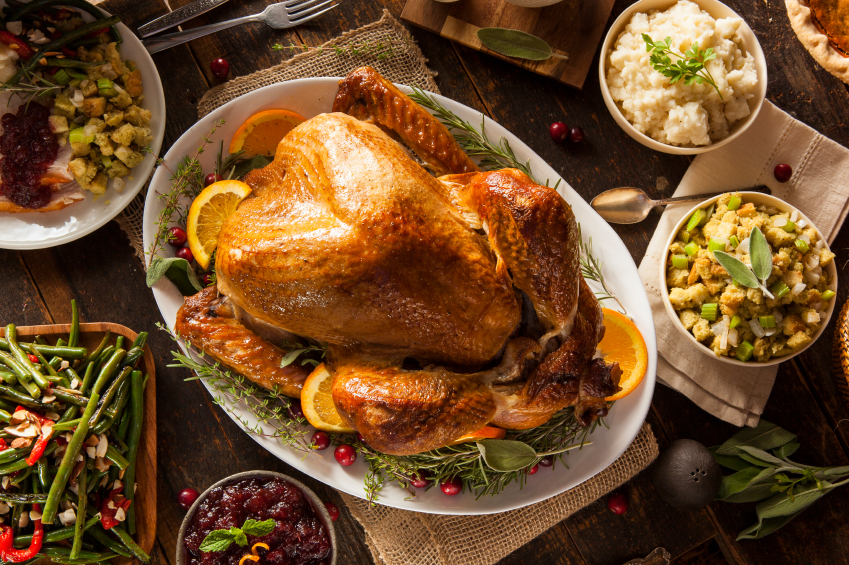 Thanksgiving is one of America’s favorite holidays. The people of the United States look forward to this season all year long. It’s the beginning of the remainder of the fall holidays, and brings with it an air of excitement, joy, and happiness. There are many different traditions celebrated and practiced throughout the season both leading up to the Holiday, the actual day itself, and the days that follow. Vine Vera Stores would like to introduce some of the Thanksgiving traditions typical of any given sector of the country, and a little bit of information about each of these traditions as well.

In 2013, over 40 million people traveled for the Thanksgiving holiday. Many people go home for the holiday, or visit friends. Some even take vacations during the time they get scheduled off from work. It is one of the busiest travel seasons of the year.

Many families wake up early and help each other prepare and cook the Thanksgiving Day feast. The children are typically designated easy tasks, such as peeling potatoes and apples, to mixing batters and frosting cakes. Typically, turkeys are put in the oven in the wee morning hours to allow them to slow roast all day.

The traditional thanksgiving dinner consists of:

It is usually served for dinner, although it is sometimes served earlier in the day for lunch. The average American family spends approximately $54 on an entire Thanksgiving dinner. In total, the US as a whole spends an average of well over 2 billion dollars per year on Thanksgiving food items.

The Breaking of the Wishbone

Tradition throughout America everywhere is to give the two youngest children present the opportunity to take part in the breaking of the wishbone. The wishbone is the bone in the turkey that looks like a curved upwards bridge. It is pulled apart and snapped at the joint, and when broken, whoever gets the bigger piece of bone gets to make a wish. Legend has it, the wish will come true.

Tradition of Saying Thanks

Aside from the typical Thanksgiving Day prayers as families gather around the table and eat, there are also tradition which pertain to everyone going around the table and taking a minute to say something they are thankful for. This tradition teaches the value of being grateful to children, and gives everyone an opportunity to express thanks for at least one thing.

Popular in many households on Thanksgiving Day is the infamous Macy’s Thanksgiving Day Parade. With countless floats in all types of colors and themes, and even celebrity icons, there is music and even an appearance by Santa Claus himself as his elves toss candy to those on the sidelines. It’s a family tradition throughout America, and is beloved by many, young and old alike.

Both on television and played out in the family’s backyard, football games are beloved by millions of families throughout America. A good old game of football played by the whole family in the cool fall weather creates family bonding time and lots of fun and laughs for all.

After everyone’s bellies are full and the children are tucked in bed and fast asleep, it becomes the adult’s time to have some serious fun. Black Friday typically begins when the clock strikes twelve, although many stores are opening their doors around 10 o’clock PM in 2014. Black Friday is the traditional follow up to Thanksgiving evening, where many stores have outrageous sales and offer merchandise for much lower prices than they normally would. It’s a fun time for adults to gather together with their friends and shop till they drop.

The Thanksgiving traditions throughout America are plentiful and vary by specific location. Aside from the traditional turkey dinner, for instance, many people opt for a ham dinner. Some folks in the South opt for frying their turkey rather than baking it. Some like to eat vegetarian diets, and opt for a Tofurken ‘Turkey’, made solely of tofu. There are many specific family traditions that aren’t well known as they pertain to each individual family and their personal lives. Thanksgiving is one of the best loved holidays throughout the United States.