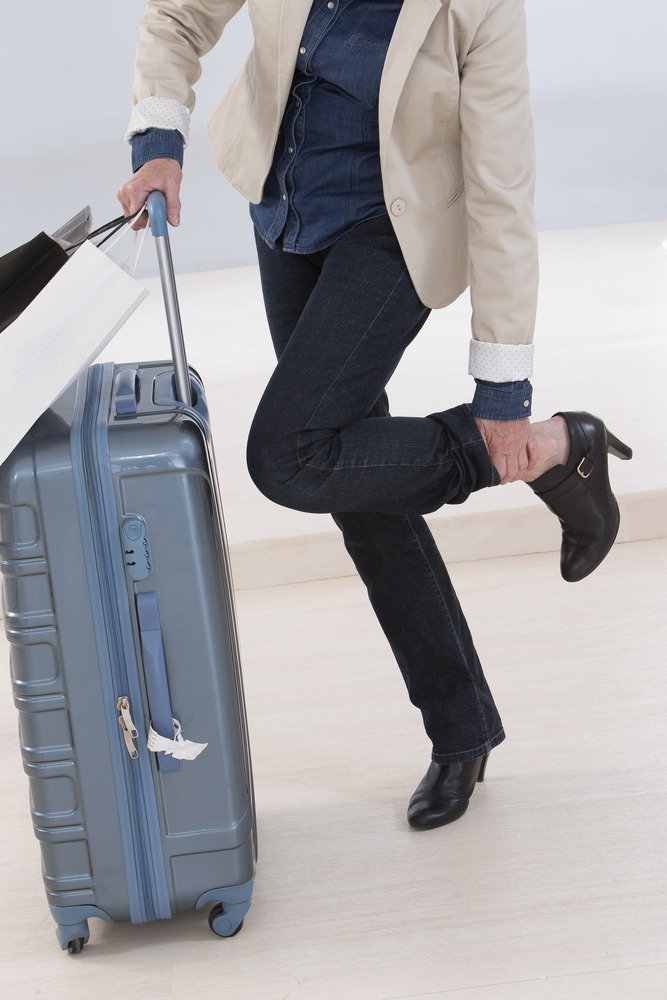 Hopping on an airplane can be an exciting experience considering that you’re doing something which is outside of your normal day-to-day routine. However, if you’re not careful, it could be an experience that ends up impacting your health. Edema, a swelling in the body that is caused by an excess amount of fluid, is a common side effect of flying. Before you book your next flight, keep in mind the following things you can do to prevent edema during airline travel.

Exercise Your Feet and Legs
You should make an effort to get up once an hour and take a walk down the aisles so you can stretch your legs, but even while you’re at your seat, there are exercises you can do to get the muscles moving and the blood pumping. For example, you can do seated knee raises and feet flexes. It will also feel much better than staying sedentary the entire time, especially during long flights.

Set Your Alarm During Late Night Flights
There are some people who can sleep on flights without a problem, but it can be an issue if you’re supposed to be getting up to stretch your legs. Set your cell phone alarm (on vibrate) – even if it’s once an hour – so you can get up and stretch your legs more easily. No, it’s likely not going to result in feeling well-rested when you get to your destination, but it’s better than dealing with pain and trying to figure out how you’re going to get around on swollen feet.

Choose a Seat With Enough Leg Room
If possible, choose an aisle seat or exit row seat as you’ll be able to stretch out your legs more easily in an attempt to avoid edema. There are airlines that also offer extra legroom seats, but you’re going to have to shell out an extra fee for them. It might be worth it for you, though, especially if you’re tall or frequently suffer from edema during air travel. If you’re on the aisle, you’ll have to deal with getting bumped by many people who walk past, but when you want to get up, you won’t have to climb over people in order to do it.

Wear Compression Socks
Compression socks aren’t typically the most stylish of fashions, but when you’re seated in an airplane for hours, comfort and health should be of the utmost importance. Compression socks are known to help limit swelling, which can be especially helpful whether you’re on a short flight or one that’s long.

Avoid Salty Foods
We’re all aware that salty foods can cause us to retain fluid, which is one of the reasons you should avoid as much salt as possible the day of and the day before you’re ready to take flight. This can help to reduce your chances of edema occurring, so even when you’re in flight, opt for snacks with little-to-no salt.

Stay Hydrated
Staying hydrated can help you prevent edema, so make sure to drink plenty of water the day before and the day of your flight. You should also avoid alcohol as it can dehydrate you, and dehydration can lead to poor blood circulation. On the plus side, with all the water you’ll be drinking, it will give you an excuse to get up often and use the bathroom.

Wearing loose-fitting clothing during airline travel can also help you prevent edema, so rather than go for fancy, opt more for casual comfort. Swelling in the feet is not something you’ll want to deal with, especially if you’re supposed to be excited about arriving at your destination, so the more you can do to prevent edema, the better.